Visit of the garden

During a school outing, children from Lauris’ school were invited to participate in a treasure hunt through the Grand Potager de Fontenille and its forest paths. Small signs were placed in trees amongst the Domain, presenting different kind of birds, … Read More 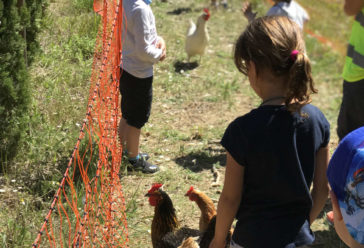 A school visit to the Grand Potager of Domaine de Fontenille, signifies a stop at the henhouse … Visit the mobile enclosure, which allows to move the hens on plots that need weeding. And of course the egg collection… 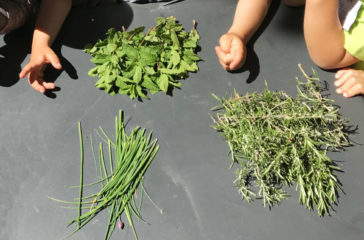 Discovery of aromatic herbs and edible flowers at the Grand Potager. 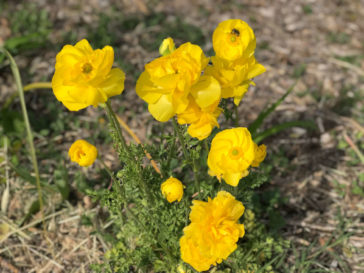 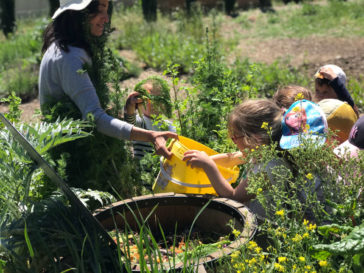 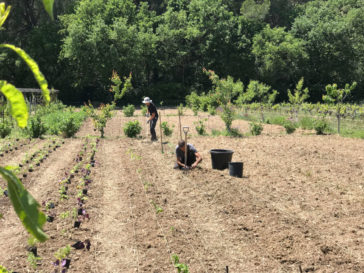 Weeding, soil preparation at the Grand Potager of the Domaine de Fontenille … Romain, in charge of the vegetable garden, traces furrows with the hoe for a plantation of potatoes. 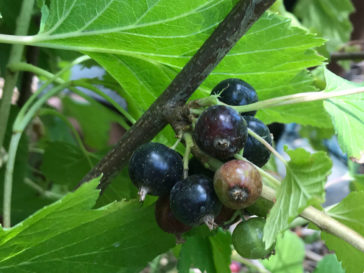 Now it’s time to pick currants, black currants, raspberries, to flavor and decorate the desserts imagined by Jerome Faure for the restaurants of Domaine de Fontenille … 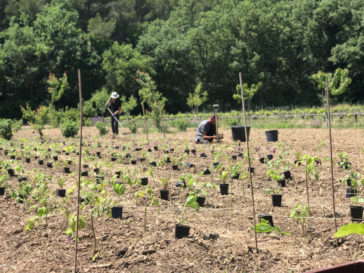 Mid May, tomatoes plants were taken out of the greenhouse to settle on new parcels freshly prepared by the gardeners of the Grand Potager of the Domaine de Fontenille. The plants were placed every 80 cm, in association with other … Read More 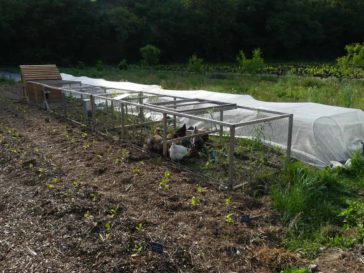 The mobile hen house has doubled its capacity! We added an additional 4m module, in the same width of 80cm, which allows to increase the capacity in hens, which are now 10, and the weeding capacity. 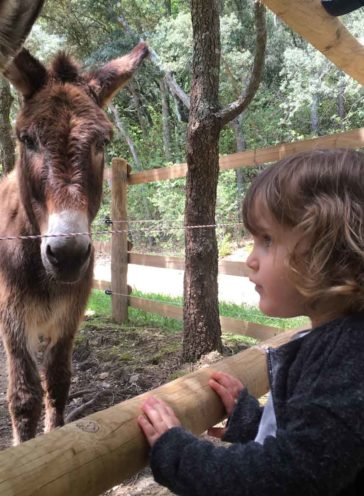 In the Grand Potager, animals contribute to soil fertilization. Chickens are placed in a mobile hen house that allows them to feed on the culture beds, while weeding, after harvest. Donkeys and sheep provide manure that is directly used in … Read More 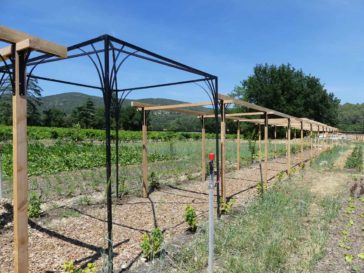 <blockquote>To facilitate the circulation and visits of the garden, a pergola was set up on the central alley.</blockquote> Beyond the aesthetic aspect, this pergola brings two advantages to the garden: – On both sides of this pergola, climbing fruit trees … Read More

The Grand Potager welcomed the pupils of the school of Lauris, for a guided tour of the Grand Potager. The children, had a visit to the different garden elements: the composting area, the keyhole vegetable garden, the insect shelter, the … Read More 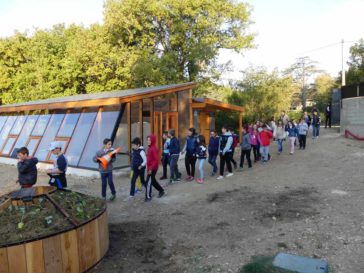 25 children from Lauris school visited le Grand Potager de Fontenille. Le Grand Potager, will start its pedagogical vocation, now that the garden is operational. the children visited the various centers of interest of the garden in groups of 5, … Read More

The bioclimatic greenhouse of the Grand Potager is ready for its first seedlings! Funded by The Ivory Foundation, this experimental greenhouse was designed with the expertise of the association APTE (promotion of eco-energies, ecoconstruction and ecological practices), and carried out … Read More